This was my third shoot with Jade Samantha, although it has been nearly 2 years since we last worked together. I really must sort myself out as it was over two months ago that we did the shoot and I have only just completed editing the images and only now starting to write the blog. My only excuse is that since I retired from work last November I have yet to get myself into a routine where I am completing the things I want. Saying that since the shoot we spent most of June on a cruise around the Mediterranean and also we have decorated the longue, so maybe I am not doing too badly.
The shoot was arranged to be out at a location I have used many times before, while we had no real ideas for the day it was essentially to be based around a pair of thigh high boots and a leather jacket of Jade Samantha’s.

I had a lot of trouble that day due to it being a very cloudy April day, with lots of breaks in the cloud causing the sun to burst through, so I spent an awful lot of time correcting for the changes in ambient light. I do enjoy the challenge of changes in the light although I have found my current camera restrictive in the dark corners of the buildings I use, due its low ISO Capability. So I have upgraded my Canon 5D MK I to a 5D MKIII and can’t wait to start to experiment with it. I have not rushed to use it on a shoot though until such time as I was confident with it and fully understand the controls and its capabilities, as I think there is nothing worse for the model than the photographer learning how to use his camera on the job.

As I write this blog though, my next shoot will be with the new 5D as I used in on our Mediterranean cruise to get myself fully up to speed with it.

Opps I have digressed and need to get back to talking about the shoot with Jade Samantha. As I was saying it was a challenging shoot due to the changes in light, but I believe we managed very well I am very pleased with the results of using the ambient light and then off camera flash with an umbrella for fill in.

I have included my favourite of the day above, and next bog update regarding shoot with Brioney to follow very shortly. 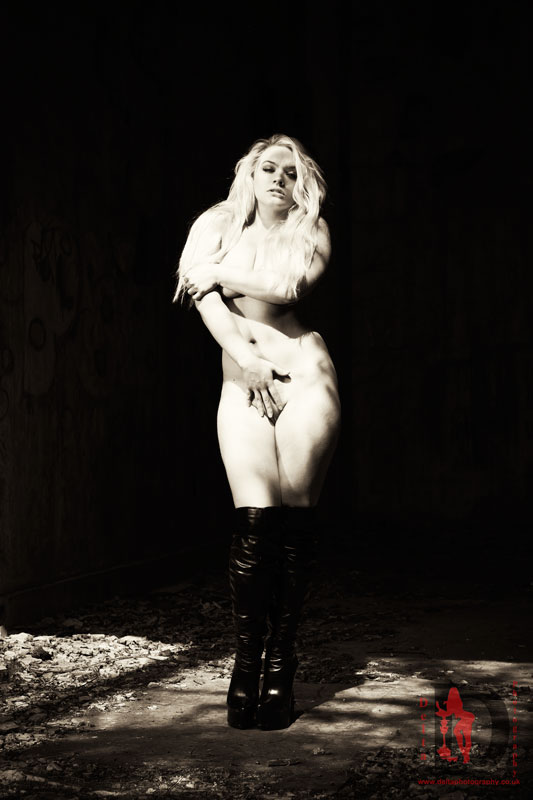