For the past year Seressa and myself have been trying to get together to do another shoot. The last time we shot together was back in 2009 before Seressa moved away from Northamptonshire. When we looked up the last time we had worked together we could not believe it had been so long. Seressa was an amazing help to me when I first wanted to start exploring the more erotic aspect of photography as she was always there ready to try new things however weird they might have seemed at the time and was so supportive of what I was trying to achieve. We had a great working relationship and I was very disappointed when she moved out of the area, as I felt we had so much more to achieve together.

Due to Various reason since moving away Seressa hadn’t done much, if any modelling and was now in a position where she wanted to get back into it, and I was so pleased when she gave me a call and we managed to get together. We had discussed various ideas for the shoot for quite a time beforehand so had a very good idea of the sort of thing we wanted to capture. The amazing thing was that even though it was over six years since we last saw worked together, once we started the shoot it seemed like yesterday and we fell straight back into the same groove.

We shot out on location, which is a favourite for both of us and started with some Art Nude shots with Seressa in various poses on the dirty floor of the old building, before moving outside to use the wall which with the sun shining through the tree’s was making some great patterns and then it was just a case of balancing the ambient light with the flash.

Then we continued with further shots in the building with Seressa in various poses and played with the light and the shadows being thrown by her body on the interior walls, which gave some very interesting shapes. I have really struggled to pick a favourite image from the shoot as I like so many of them, but have decided on the one above for you all.

Seressa and I are already discussing ideas for the next shoot and we won’t be leaving it so long between shoots this time.

I am very interested in what you the readers want me to include in my blog, so your feedback is very important to me, so feel free to comment, email etc. 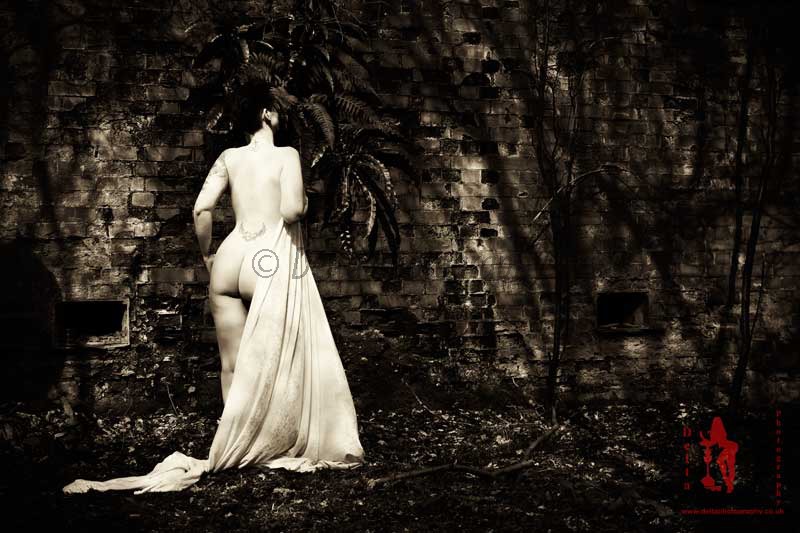