I had my first shoot with Ms Poly a few weeks and what a very productive shoot it turned out to be, with quite a few images worthy of adding to my portfolio book.

This was my first time shooting with Ms Poly and it sure won’t be the last, in fact we already have another shoot planned for April. Ms Poly gives the shoot 100% and also provides idea’s as to what will and won’t work which makes mine the photographers job a lot easier, as it becomes much more of a collaboration, which then produces a much better set of images than if it is just the Photographers ideas on it’s on.

The plan even though it was March was to shoot outdoors and I have to say this winter has been very kind to me regarding shooting out on location, if not still a bit chilly. But fingers crossed for a very warm summer.

We drove to the location and Ms Poly showed me what she had brought and one item was like a wedding underskirt which I thought would be perfect to use and in fact turned out to be the perfect outfit for quite a few of the shots giving various different themes. The first of these was Ms Poly being topless with just the skirt on. The shot though was when Ms Poly pulled the skirt up around her back so it surrounded her, image attached above , turned out to be my favourite from the whole shoot.

We then added a fetish theme by having Ms Poly in the same outfit but this time with hands tied together and pulled up into the air. This then developed as we lowered Ms Poly arms and she kneeled and lay on the floor, which provided a great selection of shots. The whole thing just developed organically into an’ after the wedding theme’ which I think speaks for itself.

We then finished off the shoot with some more fetish images with Ms Poly wearing a blindfold etc. Although I will say the wedding skirt was the main focus of the shoot.
I am very much looking forward to seeing what we can create together on our next shoot. 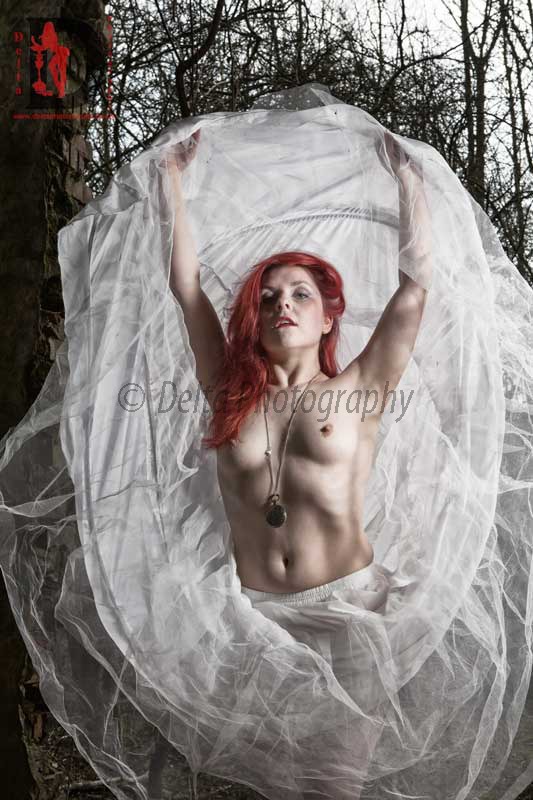