I have been so mindful of not keeping on top of things this last year and with the New Year approaching at a rapid pace, I promise to be a lot more diligent next year. My only excuse is that following my operation I have been very mindful of not spending too much time on the PC. I am fully healed now though so have no further excuse for the New Year. Also I have taken early retirement from the day job so next year I can dedicate much more of my time to my hobby of photography.

Back to the actual purpose of this blog which is regarding a shoot I did a few months ago with the lovely Bechadur. I had a theme in mind all along for this shoot which was based around Bechadur having her arms tied and stretched between two trees. As normal with me I seem to pick the coldest days for doing location shoots, but Bechadur was brilliant and never complained about the cold once.

We started with doing some Art Nude shots I wanted to try in the building at the location and then progressed onto the main theme of having Bechadur stretched between two trees. I used my normal simple light setup for out on location, but struggled slightly as I seem to have mislaid by strobe battery packs which allow me to shoot quicker with no loss of flash. Amazing how they have just walked out of my studio on their own.

I was very pleased with the results from the shoot and have included my favourite image of the day and hope to be shooting with Bechadur again in the New Year on a warmer day. 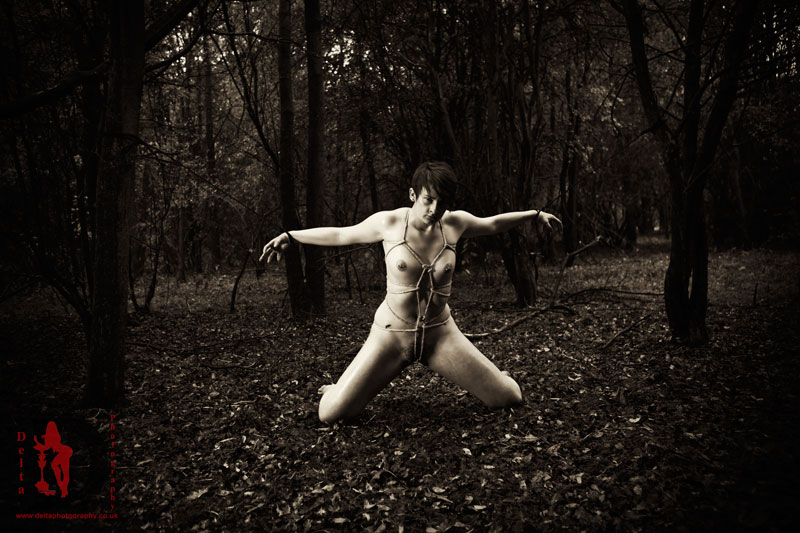