I had my second shoot with Sapphire Blue last weekend and we are already starting to make plans for a third shoot for around April time, so we can get back out on location.
We have been speaking about this second shoot for a while and wanted to focus on Sapphire in a few of her amazing Latex outfits which I believe she gets from Atsuko Kudo which can easily be found on the web through Google. I was amazed with the quality of the outfits and the accessories such as chokers, gloves etc, which really add a great touch to the overall theme.

We shot in the studio and started with the Latex outfits which Sapphire had brought three of with her, the first a blue dress with a great detailed pattern on it, followed by a Black Cat suit and lastly a Purple evening gown. I used two lights for the Latex outfits as I wanted to ensure I captured the details in the outfits, so used one main light and a fill light opposite.

Once we had finished with the Latex outfits we did some other shots based around a more fetish theme, one in particular was an idea I had for a while, but not got around to trying. The result of which can be seen above which I am very pleased with. Also some of these images gave Sapphire a very different look as in a being a much more dominant female as mostly she is captured in a much more submissive role.

I am very much looking forward to shooting with Sapphire again in April and hopefully a good few times more during 2013. 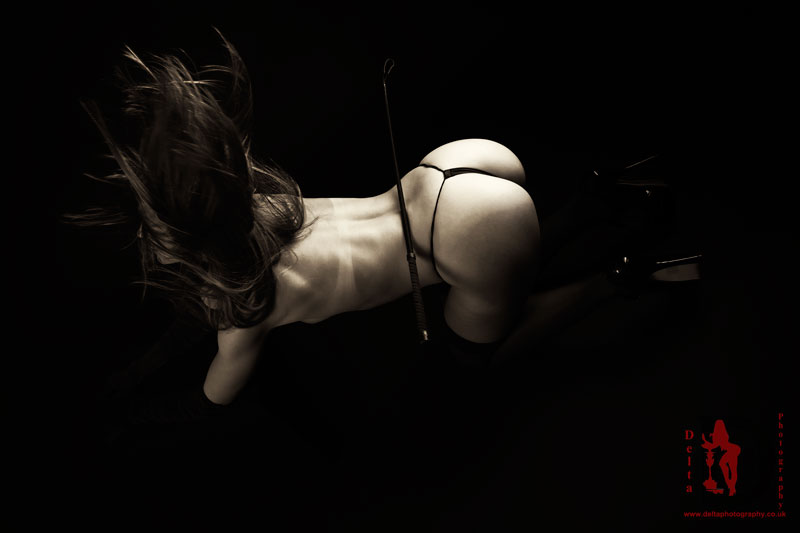