Jools and I had arranged another shoot a year since we last shot together out on location doing a Beauty and the beast idea of Jools that worked so well due to her brilliant make up skills. This time though due to the weather we arranged to shoot in my warm studio. Which was just as well as it was freezing on the day and very wet.
Neither of us had any real ideas for the shoot beforehand and just went with the flow so to speak. We came up with this idea of her boyfriend Nick wearing a mask and terrorising her as a starting concept and to see where it lead. I used only one light in the studio from camera right, with a large softbox with grid to ensure the light only went where I wanted it to, as with this set it was important not to get light leaking onto the black background.
We experimented with the theme and it developed from Jools being terrorised to almost worshiping the mask giving an interesting twist.
All in all it was a very different pace of shoot due to being in the studio, which is a major rarity for me these days. Though I think I will be in the studio a lot more over the coming winter months, which I can’t say I am totally happy about as I always believe my best work is out on location. 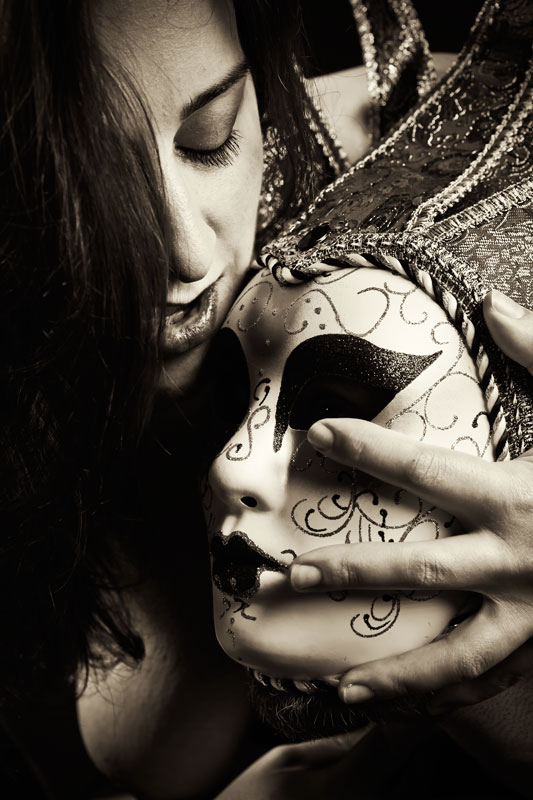